Serving Godʼs Mission in Australia since 1945

Arnold Janssen’s spirituality was centred on love and veneration of the Blessed Trinity. His image of God was that of the Trinity, a communion of Persons, present in human history and the driving force of the mission. Arnold’s image of Jesus was the Divine Word is his sacred humanity, expressed in the Church of his time by the devotion to the Sacred Heart. His deepest desire was that the Divine Word might live in all hearts, so that in his Spirit all hearts would become a worthy dwelling for the Triune God.

A further characteristic of Arnold’s spirituality is his devotion to the Holy Spirit. Fr Arnold consecrated himself totally to the God of Love. His attitude of constant listening to the Spirit in order to discover the will of God was one of the foundational pillars of his spirituality.

The political and religious situations of many countries were challenges, which opened Arnold’s mind and heart to the call of the Lord to Mission. “Mission” then became the one single driving force of his life, which made him capable of continually transcending himself and placing all his talents and resources at the service of the Reign of God.

Fr Arnold’s direct response was to found the Society of the Divine Word; in the course of time he also recognised the need for a complementary mission Congregation of women. This became concrete reality in the Missionary Sisters, Servants of the Holy Spirit founded together with Helena Stollenwerk and Hendrina Stenmanns.

Our co-Foundresses passed on to us the following aspects of their spirituality, which became fundamental characteristics of our congregational spirituality and charism: 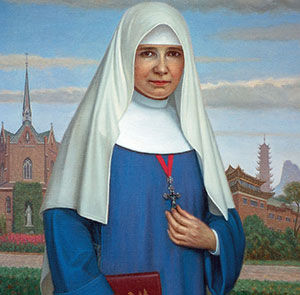 Mother Maria, Helena Stollenwerk had a special devotion to the Sacred Hearts of Jesus and Mary. From her early childhood onwards, she developed the feminine qualities of sensitivity, compassion and gentleness. Her love and enthusiasm for the abandoned children in China were the inspiring motivation that enabled her to overcome difficulties.

In her search to realise her missionary vocation she was truly led by the Holy Spirit, paying conscious attention to God’s voice in her heart and in her surroundings, in order to come to an unconditional surrender to God’s will. In her role as a superior of the young community great love for the Eucharist and a deep interior life enabled her to build up a community of love and to continually in the presence of God. 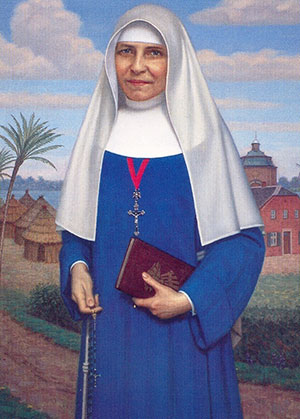 Mother Josepha, Hendrina Stenmanns shared the same spirituality as Arnold and Helena. Her constant prayer “Come Holy Spirit” led her to contemplative attention to the presence of God in her heart and in people, even in the midst of her many activities.

Josepha’s deep love for the Eucharist flowed into love and care for the poor, the sick and the needy even before she was accepted in the Mission House in Steyl. Through her simplicity, spontaneity and closeness in her relationships with the sisters and others, Mother Josepha expressed eloquently her feminine qualities of compassion and love, generosity and common sense.

We were founded in 1889 by Arnold Janssen, a German priest, and two women, Helena Stollenwerk and Hendrina Stenmanns.